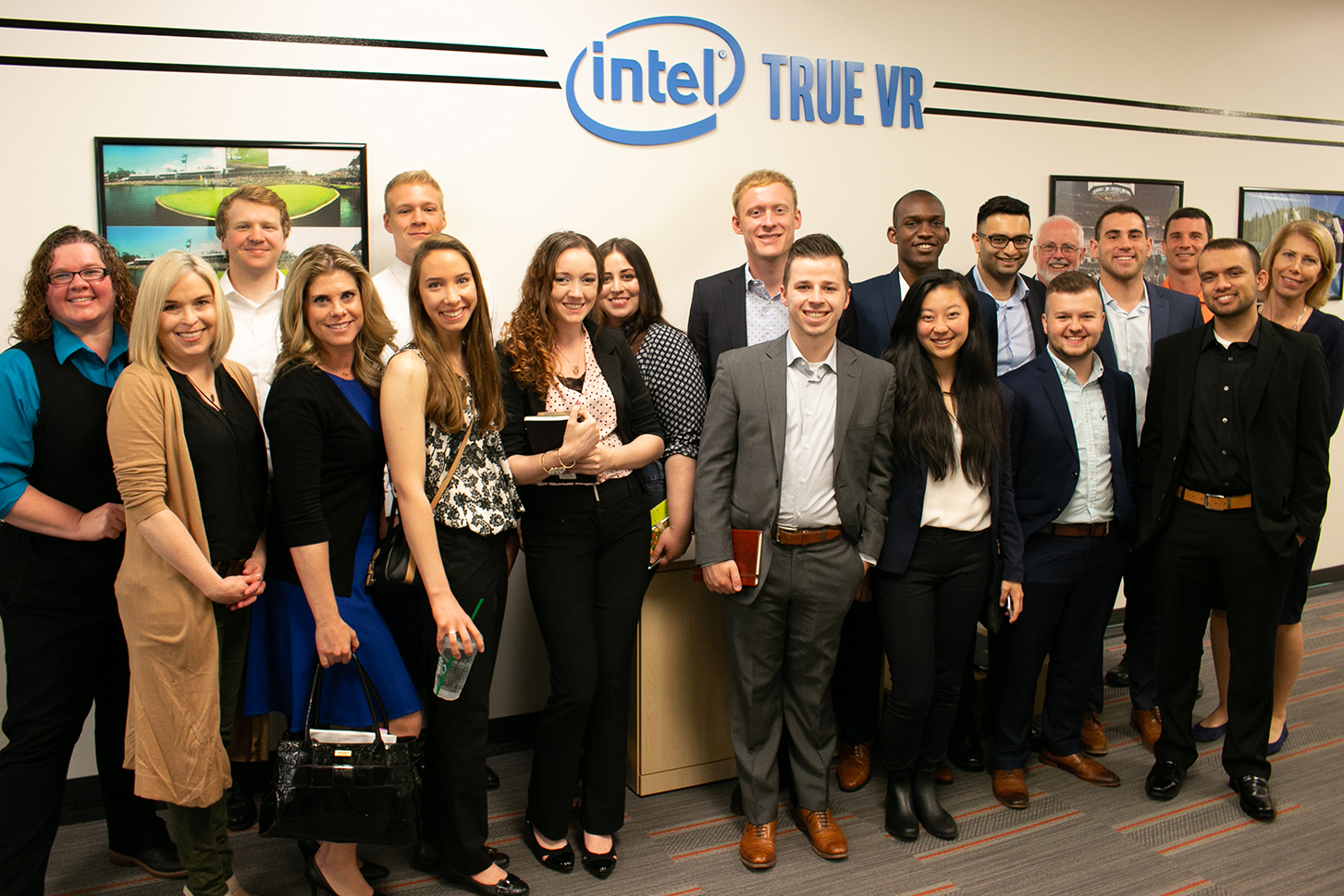 By Siddharth Vodnala, Voiland College of Engineering and Architecture

The bioengineering senior eventually had the opportunity to pitch her own business ideas and explore entrepreneurship through WSU’s Harold Frank Engineering Entrepreneurship Institute. The program helps students learn the ins and outs of entrepreneurship and gives them the tools to translate their ideas into real-world businesses.

Juniors in engineering, communications and business are encouraged to apply to the program by September 9. An information meeting will be held at 6 p.m. on Thursday, August 30 in the Frank Innovation Zone, located on the ground floor of Dana Hall. Refreshments will be served.

The current cohort of Harold Frank Fellows completed a Technology Ventures course taught by Howard Davis, clinical assistant professor at the Gene and Linda Voiland School of Chemical Engineering and Bioengineering, in the spring semester after being admitted to the program.

In the classroom, the students worked in interdisciplinary teams to prepare business plans for their entrepreneurial ideas.

“I thought I was just going to learn more about business in general,” Pankratz said. “I learned so much more than that. We explored design-thinking, marketing, consumer behavior and the combination of engineering and entrepreneurship.”

Pankratz, along with his teammates who were computer science and neuroscience majors, set out to create a device that could light up veins in the human body, as part of medical rehabilitation. Class discussions and discussions with Davis helped them overcome the pitfalls of conceptualizing the business.

Be part of the “Shark Tank”” fandom, Pankratz already knew the importance of a good pitch. The class helped her improve her presentation and presentation skills.

“I’ve learned that people identify with what you present, if you present it well,” she said.

Going through the process of first identifying a problem and then finding a viable and profitable solution that can be accepted by the market was a great learning experience, said Hannah Zmuda, a bioengineering student.

“The class was nothing less than a crash course in entrepreneurship,” said Lars Neuenschwander. It was a mix of idea building, starting a business from scratch, pitching and testing ideas in front of peers.

The class also taught his team the importance of jumping from one non-viable idea to another until they found something viable, he said. The team ultimately opted for an activity that focused on generating ambient blue lighting to trigger melatonin production in people suffering from irregular sleep cycles.

As part of the class, student teams entered WSU’s Business plan competition. The Pankratz team earned an honorable mention in the competition for their medical rehabilitation business idea.

Harold Frank Fellows toured Silicon Valley in the third week of May this year, including companies like Intel Sports, Google, Facebook, Lockheed Martin and Proofpoint, an enterprise cybersecurity firm.

The trip aims to teach researchers what it takes to survive in the modern, competitive entrepreneurial world.

For example, at marine logistics company Navis, the cohort learned the importance of storytelling and building a personal brand as an entrepreneur.

Students saw this business wisdom as essential to completing their college education.

“The future of bioengineering depends not just on making good products, but also on being able to take them to the public as entrepreneurs,” said Paige Ford, bioengineering manager. “It was a life-changing trip.”

The visit to Silicon Valley also helped them think about how to bridge the gap between biomedical research and the public, she said.

Biomedical engineers need to move their research and products from the lab “from the bench” to the “bedside” — to the patients who need the products, Zmuda said. Discussions with Valley entrepreneurs made them aware of the importance of entrepreneurial knowledge in bringing useful biomedical products to market.

“I can now take the skills I learned and use them to pitch my biomedical product ideas directly to investors,” she said.

Students also learned that there is no one standard type of entrepreneur.

“The typical perception in Silicon Valley is that only people who are workaholics can be entrepreneurs,” Neuenschwander said. But during the trip, researchers learned that people of different personality types can be successful entrepreneurs.

They not only got to see the cutting-edge technology in startups like Zoox, which is developing self-driving car technology, but also network with the people creating this technology face-to-face.

Fellows met Dave McCandless, WSU alumnus, vice president of IT at Navis. After listening to McCandless talk about networking, Neuenschwander said he realized that the right connections were extremely important in the business world.

“There’s nothing more powerful than making connections that you can follow up with later,” he said.

In addition to the contacts, the students found that the networking opportunities helped them learn how to better approach people in a professional setting.

“It helped build my confidence in networking with people,” Ford said.

Fellows not only got to know tech entrepreneurs up close, but were also able to bond with their peers in the program.

“It was inspiring to know that I was surrounded by a cohort of very smart people,” Ford said. “I really liked my peers, even the people I didn’t think I had much in common with at first.”

The cohort met WSU alumnus and former Harold Frank scholar Danny Navarro at Google. Navarro, who spoke to students about his struggles to land a job at Google. He asked students to talk about their strengths and define their life experiences.

“It was a raw and vulnerable moment that helped us get to know each other on a deeper level,” Pankratz said.

For more information about the program and to apply, go to Harold Frank Engineering Institute of Entrepreneurship website.

“If you’re on the fence, go for it,” Neuenschwander said. “The amount of benefits you receive and the people you meet will be the highlight of your college experience.”

4 Entrepreneurial Skills You Can Acquire During Your Startup Internship