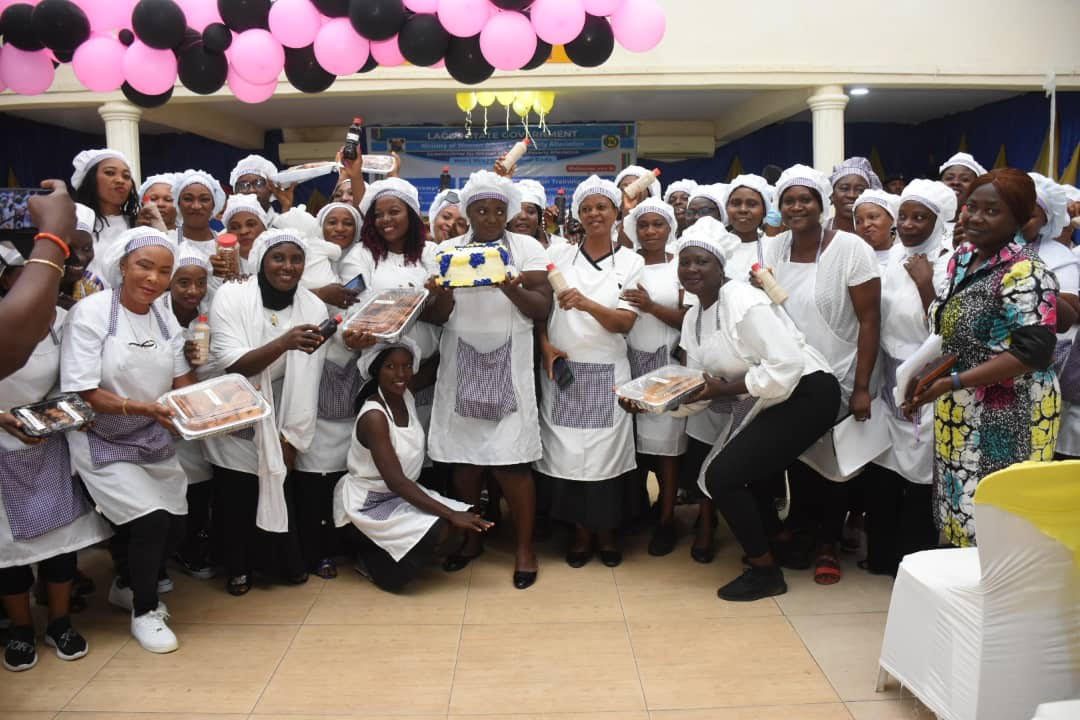 This is part of the state government’s poverty reduction strategy.

Commissioner of WAPA, Mrs. Cecilia Bolaji Dada during her address at the closing ceremony of the training program recently held at Command Day Secondary School Hall, Ikeja, said that the program is in line with the renewed efforts of the administration of Governor Babajide Sanwo-Olu to facilitate the challenges of the participants and improve their financial situation.

She said, “The current administration under the leadership of Mr. Babajide Olusola Sanwo-Olu understands that skills training is an essential tool to alleviate the effects of poverty that is prevalent among women. Therefore, the state government has launched several programs to alleviate the plight of resident women, including wives of military officers, with the aim of making them contribute to the socio-economic development of the state”.

While commending the recipients, Dada instructed them to embrace lifelong learning to become masters of their craft to stay relevant in their chosen fields, saying, “I encourage you to find new ways to acquire more knowledge. and sharpen your skills, so that you can compete favorably with local and international competitors”.

She advised interested residents of the state, especially the unemployed or underemployed, to also take advantage of the opportunity provided by the state government through its 19 skill acquisition centers located throughout the city to enroll in tuition-free vocational training programs for six to 12 months to become self-sufficient and financially independent.

In his remarks, the 9th Brigade Commander, Brigadier General Isangubong Akpamontia, who was represented by Major Tarela Emuren, expressed his gratitude to the ministry for the initiative to improve the welfare of NAOWA members in Lagos.
He said, “I am very impressed with what WAPA has done for NAOWA. I therefore urge recipients to take full advantage of the skills learned to improve the well-being of their families and the military community at large.”

“WAPA understands the saying that ‘when you empower a woman, you empower a home’, so I am extremely grateful for this opportunity to improve the lives of our members,” she said.

The State Commissioner for WAPA, Mrs. Cecilia Bolaji Dada, informed that the scheme was organized with the sole objective of improving the lives of the wives of police officers in Lagos State with the aim of making them contribute financially to the well- be from their families and dependents. .

Two of the beneficiaries of the training programs, Josephine Ijeh and Amametu Abdul, expressed their gratitude to the Lagos State government for the program, saying, “We are deeply grateful for the opportunity to have learned these trades for free and we call on others to take advantage of the unique opportunity offered by the administration of Sanwo-Olu to acquire professional skills and be self-reliant”.